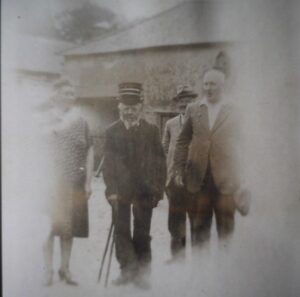 The Top Hat Club of Netheravon

The Club takes its name from a friendly benefit society “established at the Fox & Hounds Inn, Netheravon Wilts, on the 29th day of May, 1840 for the purpose of raising a fund by subscription for the benefit of the members in time of sickness, infirmity etc…..”  A copy of the original rules, dated 5th June 1844, records that the society, by this time , held its meetings at the Dog and Gun Inn, Netheravon.  The society functioned up to the mid – 1920s.  The name “Top Hat” relates to the headgear worn by the original society members.

See below for some of the original Top Hat Club Rules: 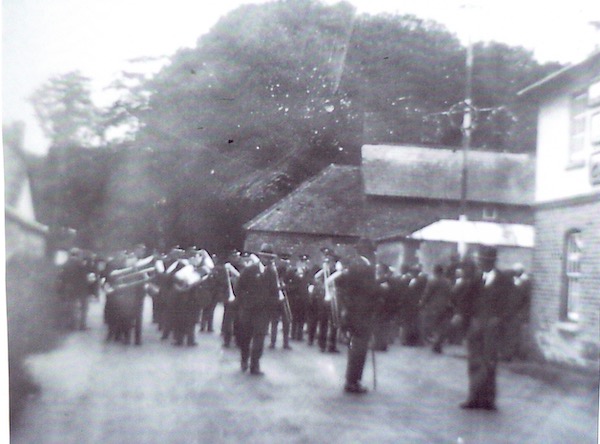 Theft or embezzlement of funds – Exclusion from membership

Refusual to abide by the rules – Exclusion from membership

Fraudulent admission to the Top Hat Club – Exclusion from membership”

The following two items will better serve to describe the aims and activities of the society.  The first is an article written by the late Mrs Ivy Punter for the April 1980 edition of the Netheravon, Fittleton & Haxton Newsletter (issue no.20).

During my childhood in Netheravon, over seventy years ago, the chief event of the year was the Top Hat Club fete, which was always held on the 29th May (unless it happened to fall on a Sunday), and for months we carefully saved our pennies to spend on that special day.  The club had been formed about a century previously, as a sick benefit society, and the fete was a means of raising funds.  The village schools were closed for the day, and everybody, young and old, had a holiday.

The Club’s headquarters was at the Dog & Gun Inn, and a huge maypole, decorated with wreaths of flowers was always erected in the yard, where there were also several stalls selling sweets and various other goodies.

Proceedings began at 8.00 am, when all the members lined up in the main road for a roll call (no traffic then!). Absentees were fined half a crown, a fair sum when the average wage in the village at that time was £1 a week.   All members had to be properly dressed, that is wearing a long red, white and blue striped sash over the right shoulder, and afastened under the left arm, and a black top hat trimmed with red, white and blue ribbons.

Led by the Figheldean brass band (so named because it originated there, though in my time most of the players belonged to Netheravon), the club members marched through the village, halting for a while at all the larger houses.  At each, the band played a few tunes, and the club expected to receive gifts of money.  They usually first visited the Rectory at Fittleton, next the Manor, then Haxton Farm, and so on until about 11.30 a. when they reached Netheravon Church, where the vicar held a special service for them.

After this everybody assembled at the Dog & Gun for a cooked meal, laid out in what was known as the Skittle Alley.  The afternoon was taken up with visits to the outlying farms, and finally everybody arrived at the fairground in front of Manor Farm, halfway up White Sheet Hill, where the usual roundabouts, swings etc., were waiting to do business.

During the evening sports were held, and the band played for dancing, on a level space, where the grass was specially cut short for that purpose.

This Top Hat Club lost much of its popularity in the First World War, and in the early nineteen twenties faded out completely. 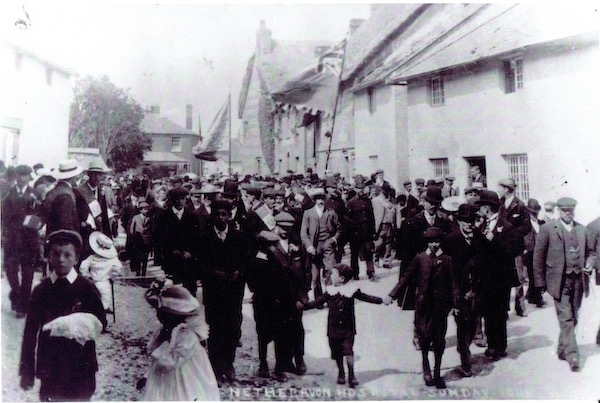 The second item is an extract from the Fittleton and Haxton Women’s Institue Scrapbook compiled by Lady Victoria Hicks-Beach, who was President of the branch until 1956, and taken from the section she entitled “Various Aspects of Village Life”:

But the Day of days – the day before was May 28th the next – Top Hat Fair Day when excitement ran riot.  The “Top Hat Club” as it was generally known, originated as a Friendly Benefit Society, established at the Fox and Hounds Inn, in the adjoining village of Netheravon on the 29th May 1840 for the inhabitants of Netheravon and places adjacent (which included Fittleton).  Very definite and strict rules were laid down regarding money payment by Members and their general conduct.  The rules continued – “The society shall hold an annual feast at the Dog and Gun Inn in the parish of Netheravon on the 29th Day of May’.  It was the thing for men to wear top hats and they were trimmed with ribbons on that day and they never attended without, so Top Hat Fair was born.  The day started at 10 am at the Dog and Gun Inn with the roll call of members, who headed by the band, and the Club Flage carried by a selected member, marched in procession to a special service at Netheravon Church.  After that, there was dinner at the Dog and Gunn Inn, and what a meal it was.  Afterwards came the Maypole dancing.  The band played again and the young and not so young joined in the dancing.  Needless to say with ale or beer at three halfpence or twopence a pint and plenty of it supplied free by the neighbouring farmers, a good time was had by all.

In 1991/92 the spirit of the original Top Hat Club was rekindled, but, this time to raise funds for the continued well being of the structure and fabric of All Saints Church as well as other worthy village causes.

Whilst the “members” (the whole village and visitors) no longer pay a weekly fee, the Top Hat Club  holds a Top Hat Feast (now breakfast), a procession and fete each year on the Saturday nearest to the 29th May.  In keeping with the traditions of the original Top Hat Club the feast or breakfast is held in the Dog and Gun Inn and afterwards a short pet church service is held in All Saints Church at which everybody is invited to bring along their family pets, this usually a rousing and jolly”family” service.  Only one of the original rules that is enforced is a fine of £1 levied against any “member” who is not wearing a ribbon bedecked top hat.  There is, however, one special addition to the “New” Top Hat Day, the presentation of the cup and the crowning to the Top Hat Prince and Princess.  They are chosen by the school staff and governors to be the boy and girl who have, her the past year, clearly demonstrated a positive attitude and contribution to the School, their friends and peers, the school staff and village; it is not for academic or sporting achievments.

The “New” Top Hat Day is fun and has raised, and will continue to fulfil the object of raising much needed funds for All Saints Church and village good causes.