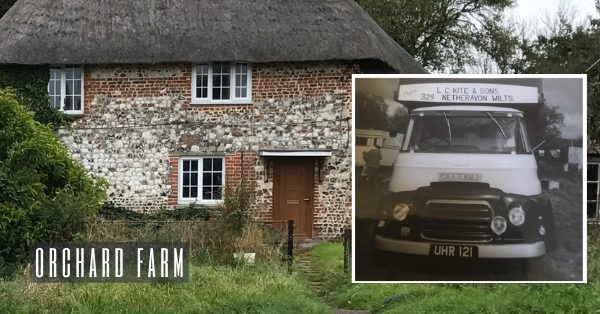 Netheravon has been a village  where  apple orchards thrived.   They surrounded Newton/Compton/Mill Farm and  in living memory there was a large orchard attached to Court Farm, all protected by thatched cob walls. Orchard Farm then tells its own story  and developed out of a smallholding during the C19th.  People knew which apples  kept best for eating in winter and which  did not. In the inventory of Thomas Bushell (1633/4 – see text under Mill Farm) there is mentioned  “a room full of apples” –  in February.   No doubt other fruit was grown and there was a large walnut tree at Orchard Farm surviving until the mid C20th.

For many years the thatched farmhouse of flint, clunch and cob with  four main rooms, surrounded by  cob walls,  was home to the Kite family

Edwin  Kite (1852-1928) married Emma Sawyer in 1872 and they had seven children.  Ann married Herbert Sheppard of Mill Farm, Lily lived in Gloucestershire, Ellen (Nell) emigrated to South Africa, Kate worked as a housekeeper for gentry families, Luther Clifford (born 1894) took on the farm and also went on to have a large family.

When Edwin died in 1928 he was living at Sunnyside, High Street, Netheravon, which became the home of his daughter Kate and her daughter Kit Forsyth. Kit also owned Rosemount and Red House until her death.  It is likely that they were acquired  by the family at the sale of Hussey’s brewery in 1913.

The farm was not large and besides the farm yard there were arable fields past The Folly , a plantation  still existing near Wexland Farm.  Luther Kite developed a haulage business, was a coal and coke merchant and later had lorries for drainage clearance. The invoice of 1938 shown here illustrates the local reliance on Kites to transport animals to Salisbury market and to collect items from Bulford railway station. 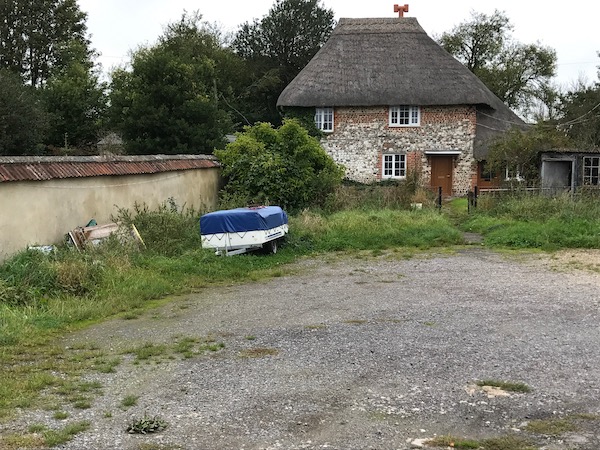 An invoice dating from 1938
Edwin, with Luther on the Horse
Luther Kite (in later life)
Luther Clifford with his second wife Rosella
The coal delivery lorry
This website uses cookies to improve your experience. We'll assume you're ok with this, but you can opt-out if you wish. Cookie settingsACCEPT
Privacy & Cookies Policy