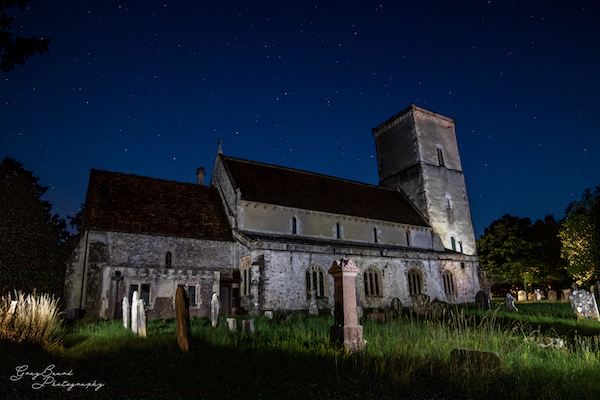 Why is it so far from the village?  We  think of villages with the church in the middle near the pub! 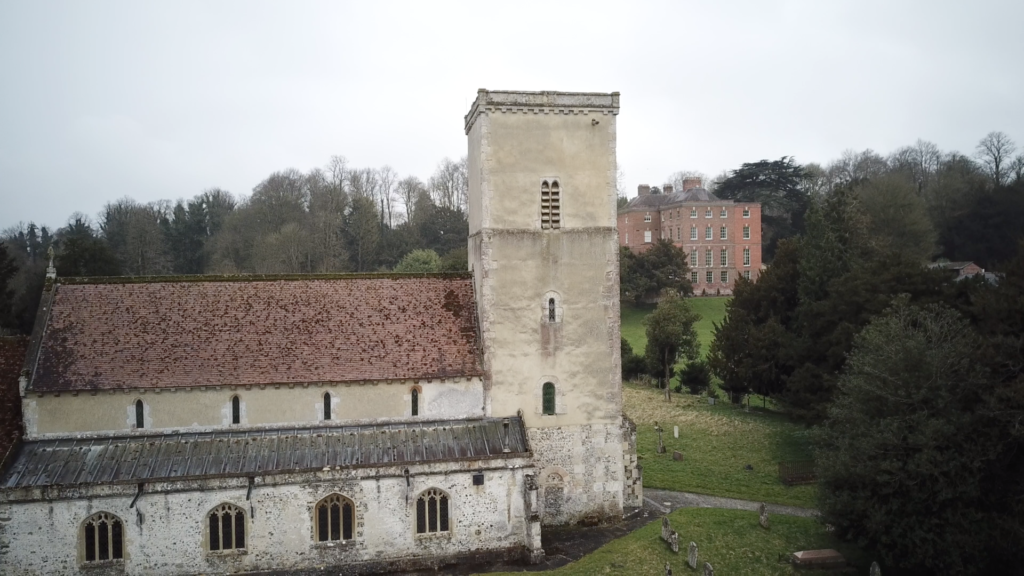 The earliest settlement of which there is evidence is on ground above a bend in the river in the area of White Sheet  Hill (where the A345 goes through  the former army camp).  There are remains of a Romano British village   there alongside a Roman Villa.  Villas were to be found along the Avon valley and were large  farms which dominated the local economy.

The Roman Emperor Constantine converted to Christianity in 313AD and it soon became the official religion of the Empire.  The proximity of Netheravon church to the Roman  site indicates a link with it and in spite of pagan Saxon incursions after the end of Roman control in 409/10 it is likely that it remained a local centre of Christianity.  There  were other buildings around  it  for sure, but to the north the ground is boggy as a winter bourne (stream) flows through the meadow  and is liable to flooding.  To the east and south is the river.

The unmetalled  road  which approaches the church from the village  is in a direct line from the village  High Street, with a small bridge over the bourne. The church’s setting is now  in the parkland of Netheravon House (1734) which was landscaped in 1760.  Buildings, including a parsonage, may have  been removed when these changes took place.  Meanwhile the village developed further up the High Street with a cluster of cottages in  Mill Road near the water mill.

Netheravon became part of the Saxon Christian kingdom of Wessex and an important administrative  centre. The church had substantial  landholdings in late Saxon times including Stratton St Margaret near Swindon. This indicates that  it  was probably a minster church, an important centre of administration  and/or missionary activity, with a resident community of priests or monks. Its jurisdiction (known as its parochia) probably coincided with the secular administrative territory (or Hundred) of Elstub. This area included the later parishes  of Enford and Fittleton.  The settlement of West Chisenbury remained subordinate  to Netheravon and its  church until 1885.

Domesday book in 1086 describes Netheravon church as ruined, unroofed, and on the point of collapse.  This implies  that  its  status as  an important  minster church had come to an  end, although we  should remember  that  the survey  took  place twenty  years after  the Norman Conquest.

Today there are four visible openings in the church tower, two small ones in late Saxon style and two larger ones in early Norman.  The two smaller openings, one of which is still in use, could have led to small chambers which housed the  priests. It is also possible  that  the tower was originally central and the church cruciform, and we  do not  know whether the upper stages  of the tower are as  old as the base.  The impressive  early Norman arches indicate that the church was restored, and it was granted by the Crown to the new cathedral at Old Sarum. The income from it was used to support a priest from the cathedral, and it was controlled by the prebendaries and dean as a “peculiar”.  The income was called a prebend. This  meant  it was independent of the control of the bishop or other authorities and could appoint  the vicars.  Peculiars were abolished in 1846.

Two porches existed during the middle ages, which could have been attached  to the Saxon  doorways.  In  1405 the vicar was reprimanded for  keeping  his horse in it. 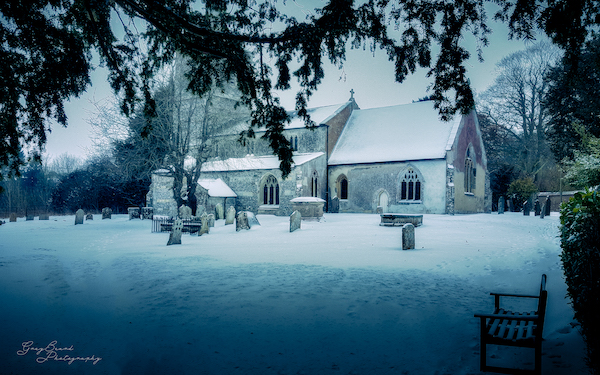