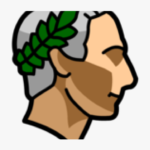 The population increase in the Iron Age is evidenced by the many field systems on the downs some of which cut across older earthworks.  Excavations in connection with pipeline construction in 1991 and 1995 revealed a Late Iron Age village with large multi-sided ditched enclosure south east of Manor Farm. Nine burials and some drying kilns were investigated within the main boundary and there was evidence of numerous smaller enclosures, round houses and pits.  This site continued in use through into the Roman period.

The Avon valley shows no sign of being a military zone and there are a number of villa based settlements, no doubt  valuable sources of  food production. The villa at Netheravon was discovered not far from the Late Iron Age village in  1907, and a mosaic pavement and bath house found. Time Team carried out a short investigation in 1996. Finds included roof tiles made from several non local stone types, a fragment of painted wall plaster and several sherds of pottery.

To the south towards Figheldean, excavations along pipeline routes in 1991 and 1995 have revealed extensive occupation and a cemetery of at least four graves within the long narrow trenches. A T-shaped oven or corn-drying kiln was also found, together with ceramic building materials and stone slates suggesting the presence of a large building nearby.

The Roman Emperor Constantine converted to Christianity in 313AD and it soon became the official religion of the Empire.  The proximity of Netheravon church to the Roman site indicates a link with it and this was the continuing centre of  settlement  after the end of Roman control in 409/10.