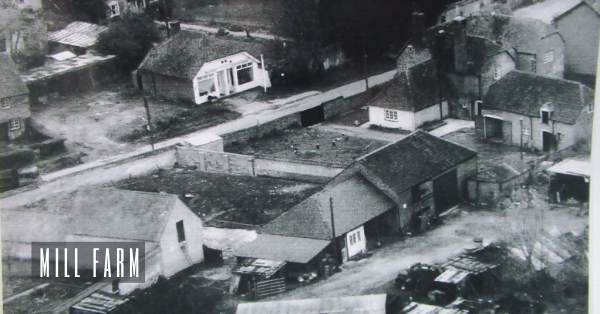 Netheravon Primary School  and village hall  are on the site of an ancient farmyard first called “Newtons” in medieval times.   It remained a farm  with various name changes until 1974 when the buildings were demolished to make way for the new  school.  The playing fields were the home  paddock for the cows, and surrounded by large trees, alternately horse chestnut and limes  which   probably dated to the 1770s.  There are but a few of these  left. The farmyard was central to the village and the main entrance was on Old Post Office Lane. It was called Mill Farm from 1913  to 1974 when  tenanted by the Sheppard family. 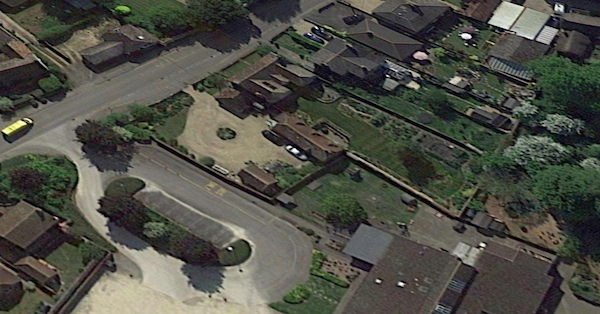 Netheravon was split into several manorial jurisdictions in the Middle Ages and was a prosperous village.  For example in 1377 it had 111 poll tax payers, the highest number in the Hundred of Elstub.  The Hundred was the administrative district for tax purposes.

Newton was  part of the manor called Netheravon Lambert (named after the family which  held it  from 1482 – 1556).  The Lordship of this Manor passed to Thomas Bushell who died  suddenly in 1633, then to his grandson John Bushell.  After the death of a relatively wealthy person an inventory was taken of all his  belongings for tax purposes.  If you would like to see Thomas Bushell’s inventory (click on the image of the inventory). It describes the contents of each room and  gives us an idea  of the size of his house.  We do not know where it was, probably on the site of or near to Ivy Cottage, which itself became the farmhouse for Newton’s.

In 1634 Newton  Farm was described as comprising a Virgate of land, ie. about 30 acres,  or the amount of land tillable by two oxen in a ploughing season.

By 1685 Newton’s had been acquired by the Eyre family  who sold the manor to the Duke of Beaufort in 1750.   By then the Duke had purchased other lands in Netheravon in order to create a hunting estate based at Netheravon House.  The neighbouring farm to Newton’s was called  Ludlow’s, after the early C18th owners.

In 1717 the holding was described as:

“A house, barns, stables, edifices, garden, orchard, meadow, pasture, and arable land and common of pasture for 275 sheep and 17 cows on the downs and Newton Farm House in Netherhaven.”

Newton Farm did not pass to  the Hicks Beach family until 1840, unlike much of the land in the village,  which was acquired in about 1780 by William Beach.  The Duke of Beaufort’s lands were heavily mortgaged and he sold Newton as a separate farm to William Pinniger who in turn sold it  to Richard Compton (“gentleman”) in about 1775.  His descendent James T. Compton sold it to Sir Michael Hicks Beach in 1840.  The  Pinniger family had other  land in the  village and the Comptons had other farms in the area too.

So after 1775 Newton Farm became known as Compton’s Farm. It  retained both names well in to the C19th although it’s occupants changed.  Newton Farm House (now known as Ivy Cottage) was built or re-built in the early years of the C18th.

In Netheravon churchyard there is a grade 2 Listed chest tomb of the Compton family inscribed E.Mes Compton, died 1805

Newton/Comptons Farm House,  orchard, farmyard and fields continued to  be leased  out up to and after the sale to the War Department in 1898, after which the house was detached from the farm.

Charles Offer and the Baptists

By 1838 Newton/Comptons Farm was tenanted by Charles Offer. Most of the Offer family lived and farmed at Fifield, where most of the inhabitants were Baptist dissenters.  Charles Offer was a minister in 1819 (though it seems unable to write), and after him Stephen Offer. A Particular Baptist chapel was  built in 1820, the graveyard is still there behind the village store.  The Offers were prosperous farmers  and also ran the flour mill at Littlecote. Charles (born 1781) and his wife Hester had ten children. He was living in Netheravon at the time of his will (1848) and death (1850).

The lease of the farm continued in the  name of Elizabeth Offer, Charles’s daughter. From 1862 it was joined with the lease of Court Farm, under the names of Thomas Draper, Edward Pinniger (1876) and the Stidston brothers (1887). There is more information about them in the section on Court Farm.

When the farms were all sold by the Hicks Beachs in 1898, Newton/Compton Farm House (Ivy Cottage) was separately leased out and the farm buildings were eventually taken on by Herbert Sheppard in  1913.   It then became known as Mill Farm but retained some of the fields traditionally leased with Newton/Compton Farm.