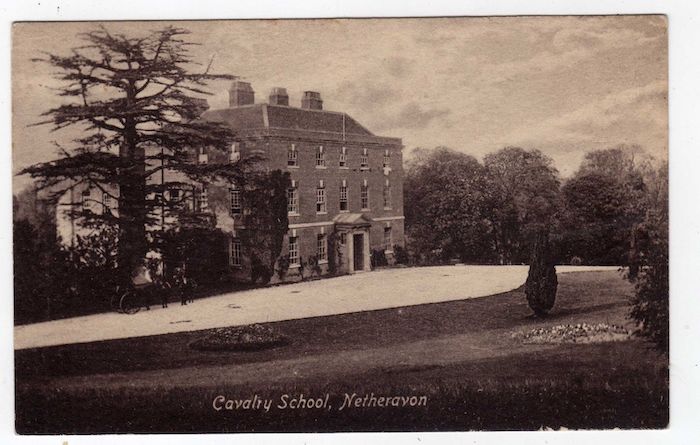 The idea of establishing a Cavalry School in Britain came from Lieutenant-General Robert Baden Powell (1857-1941), whose 30-year career in the British cavalry had made him arguably the most experienced cavalry officer in the British Army. As an enthusiastic moderniser, he was appointed in 1903 as Inspector-General of the Cavalry in order to transform existing training practices and attitudes. Baden Powell’s experiences in India and South Africa, particularly during the Second Boer War, had awakened him to the fact that the development and availability of modern weaponry had greatly diminished the traditional role of the cavalry. To reverse this trend, cavalrymen needed to recreate themselves by acquiring new skills in scouting, reconnaissance, tracking, signalling, despatch riding and the use of rifles.

To this purpose, a Cavalry School was established at Netheravon, Wiltshire, in 1904. It was built on the grounds of Netheravon House which had been compulsorily purchased by the government in 1898 as part of the Salisbury Plain military training facilities. The main building, constructed apparently in 1734 as a hunting box for the Dukes of Beaufort and sold to the Hicks Beach family in 1780, served as the officers’ mess, and barracks, stables, an indoor riding school and extensive training areas were constructed in the grounds. 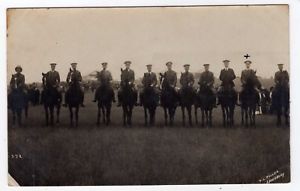 The school’s first commandant was Lieutenant-Colonel (later Field Marshal) Julian Byng (1862-1935) although his tenure only lasted until May 1905 when he was made commander of the 2nd Cavalry Brigade in Canterbury. Major-General Sir William Henry Birkbeck (1863-1929) acted as commandant from 1906 and was followed in 1911 by Lieutenant-Colonel (later Major-General) John Vaughan (1871-1956). At the time of Vaughan’s appointment, editorship of The Cavalry Journal, established by Baden Powell in 1906 to encourage debate about the cavalry’s role, became one of the duties of the commandant of the Netheravon Cavalry School. Vaughan, formerly a commanding officer of the 10th Hussars, was a noted polo player and an enthusiastic supporter of fox hunting, a sport which he even included on the Cavalry School syllabus under the pretext “memory training”!

Shortly after the outbreak of the First World War the Cavalry School closed and Netheravon House was converted to a convalescent home for Canadian soldiers. The school re-opened in 1919 but just three years later it closed operations and was amalgamated with the Royal Artillery Riding Establishment at Weedon, Northamptonshire.

Source:  the information above has been provided by the website long way to Tipperary.

We are very lucky that an album of photographs was found by Maureen Mitchell that was being sold on Ebay by a dealer we believe he obtained the album from a house clearance sale.  This is the first time this album has been digitally saved and has been uploaded for all to view.  It has to be said, I admire the excellent standard of photography capturing some amazing snapshots in time.

In the same album, a pamphlet (instruction book) called the “The Troop Horse” written in April 1918 by  No.1 Cavalry Officer Cadet School Netheravon was also found.  This publication gives a rare insight into the doctrine of the day.