Please help if you can! 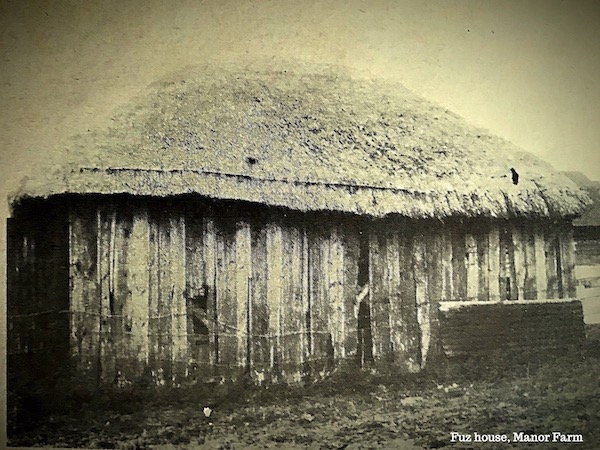 Manor Farm was previously known as the Great Farm, or Netherhaven Farm (on maps of 1773 and1810). The name “Manor” arrived later, as did Fittleton “Manor”. These two must have  been the largest farms in the area.

The situation of the farmstead indicates antiquity as it is close to the site of the Iron Age/Romano British village and Roman villa. Many of the Roman finds now in Salisbury Museum, particularly coins, were found nearby.

The Manor Farm house is a Grade 2 listed mid C18th house of brick  with later extensions. There was a large timber framed thatched barn in the farmyard,  with  further cart sheds; all were demolished in the late 1970s.  Nearby also was a rare survival of a “Fuzz house” or Furze House  with a roof made of brushwood and overlaid with long straw thatch. Its walls were of upright timber planks.  Open ended, it could have been used for cart or wagon. There are no traces of a former farmhouse although the now lost  farm buildings predated the present  house.

The farm is situated on Stagg’s Lane, which was the old road to Devizes across the Plain.  Not surprisingly it was the Stagg family who lived there for most of the C19th, farming about 1,200 acres.

It was common for the villages to be dominated by just a few farming families, who often intermarried.  The Stagg family were farming at Netheravon and at Coombe Farm, Enford in 1827, the date of Charles Stagg’s  will. After his death in  1833 at Netheravon  Great Farm he was followed by William Stagg and his wife Martha (Hayter) who married in  1838. A Hicks Beach lease of 1855 gives some of the old field names:

“Agreement for occupation of Netheravon Great Farm and 1176 acres of land in Hill or Old Field, Down or Beat, piece of land called Harefield, and pasture and meadows.” Harefield is  the only readily identifiable one today.

William’s wife Martha had  died  by 1861 and their  sons  William Henry and George Haytor Stagg had taken over the tenancy  by 1867.

William Henry died in in 1880 aged about 38. His wife Fanny (nee Jenner, another local farming family) was running the farm in 1881, employing 25 men and three boys. No doubt casual labour was taken on at harvest and other times. Also in the house on census  day were her daughter also called Fanny aged 11, and nephew John Jenner aged four who was related to the Jenners who farmed West Chisenbury and Wexland farms. Others present  were a governess, cook housemaid and three visitors.  A busy housemaid! 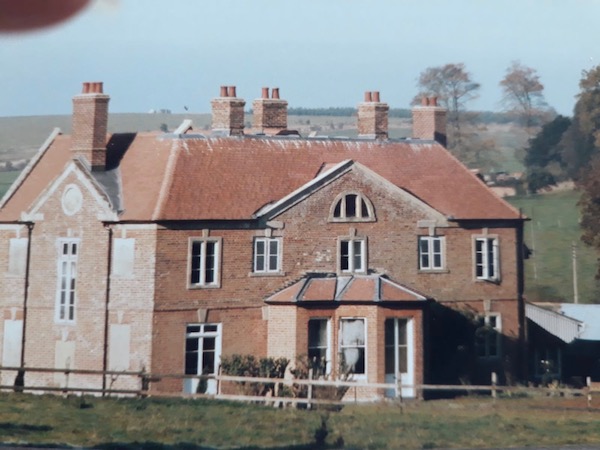 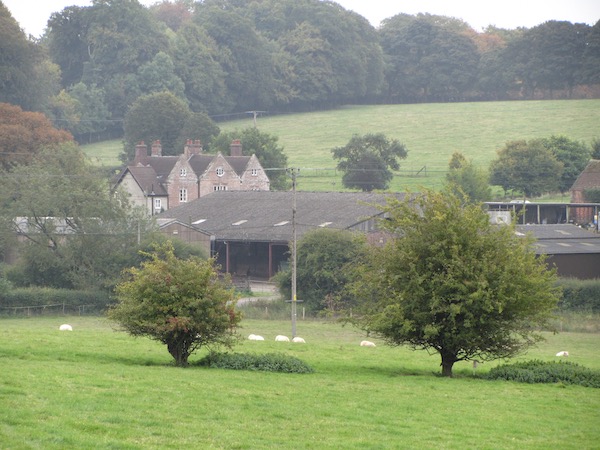 Simeon Ruddle took on the farm later in 1881. Within ten years the Hicks Beach family started the process of selling their estates to the government. There were a number of cottages attached to the farm for labourers, several of which were on the downs at Manor Farm Beake (or Bake).  These were areas brought into cultivation in the mid C19th but were soon to be used for military training. There is no trace of the cottages  now. The Ruddles were still there, with a reduced acreage, in 1911, Simeon then aged 78, He died 1919 and is buried in Netheravon churchyard. The Ruddles were also running  a brewery at Bradford on Avon  which supplied the Dog & Gun pub until the tied houses were sold to Ushers in 1924.

He was there until 1936  when he was declared bankrupt .

The farm was next let to Captain Charles Fox Pitt (The farm was then 609 acres consisting of 56 a grass, 180 a arable and 373 a grazing ) He was there very briefly, being succeeded by Captain J F Brown who gave up in 1946. Woolley and Wallis sold his stock , which comprised of 55 head of cattle, 21 yearling cattle, 11 calves, 3 cart horses, 257 pullets, 2 Fordson tractors and a Marshalls threshing machine.

When the village of Imber was taken for military training in 1943 all its inhabitants had to leave. Sydney George Dean and family were re-located here to Manor Farm and expected to return but of course  never  did. The oak porch door was reputed to have  come from Imber.