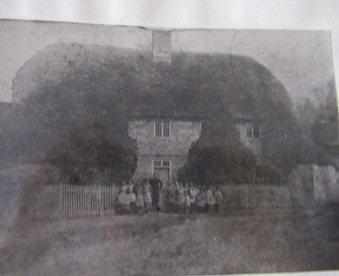 Charitable bequests for education in Fittleton were made in the early 18th century. Henry Clark (d. 1712) directed that from the annual rent of £12 charged by his will upon his farm at Haxton, £5 should be spent on teaching ten poor children to read and write. He also allotted 10s. of it to buy books. Soon afterwards Elizabeth Buckenham, widow of the rector John Buckenham (d. 1689), bequeathed £50 to be invested and the interest used to teach a few children to read. Elizabeth’s executors gave the money to ‘Mr. Beach’ in 1718, and annual payments were thenceforth made by the Beach family for teaching four or five girls. At  the close of the  18th century half the parishes in  England  had a charity school, usually connected with religious institutions.

Roger Kay, founder of the school. 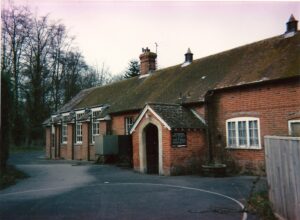 Schooling probably took place in the church before the Rector Roger Kay built  the school house in 1726. He was granted a piece of land  called Piper’s Orchard by John Briggs, lord of the manor. The building was to provide a house for a schoolmaster and a schoolroom for ten poor boys of the parish. The boys had to attend church each Sunday and were to stay at school until they were fourteen. Local circumstances would mostly prevent  this though.

The Rev. Roger Kay went to Bury Grammar School, then to St John’s College Cambridge. He made generous gifts to both these institutions as well as Fittleton itself and left legacies to them all. He died in 1731.

In 1819 there were fourteen children in the school which was said to have funds of about £80. The teacher was paid £7 a year. The poor of the parish were reputed to want more education for their children, provided that it did not interfere with their labour. In 1833 the ten free places in the school were usually given to boys aged five or six who stayed at school for 3 or 4 years. The £5 10s. from the rent-charge on Haxton farm was paid regularly to the schoolmaster by the tenant of that farm. In 1835 eighteen boys and eight girls had free places, and there were some fee paying children.

In 1843 a small schoolroom was added to the side of the original building at the expense of Sir Michael Hicks Beach, Bt. (d. 1854). In 1859 there were about 50 pupils, some of whom were boarders. In 1872 another schoolroom was added with the inscription “Feed my lambs”.

In 1906 there was accommodation for 76 children  – and an average attendance of 43! (Seasonal work such as potato picking was usual for children).

In 1926 the school was reorganized as a junior school. Another classroom was added in 1934. In 1964 Fittleton and Netheravon schools were amalgamated so that the older children of both villages attended Fittleton school, and the infants went to Netheravon. In 1976 there were 80 children at Fittleton and a mobile classroom was in use. 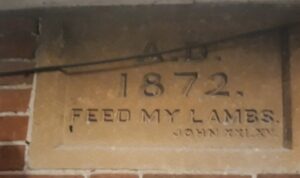 Now a private residence, this remains a significant part of the village scene.

It is brick fronted  in the Georgian style; the half hipped  thatched  roof and the decorative flint work with chalk blocks on the gable reflect the local vernacular. 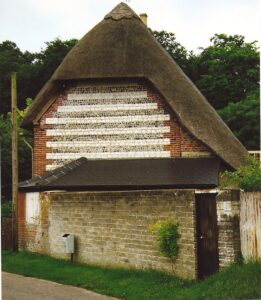 We are looking for photos of Fittleton School and its pupils and we want to collate the names of the people you recognise.